We are a Colombian multinational company created in 2007 by investors and visionaries from India. Sophos Solutions is a simplified stock company (S.A.S by its acronym in Spanish), offering Consulting, Core Banking Implementation, Testing Factory and Software Factory services primarily for financial and stock market companies. We are currently a company of Advent International.

At SOPHOS, we specialize in IT products and services for the financial sector, offering solutions for Banking Core, Digital Channels, Capital Markets, Risk, Comprehensive Information Management and Data Analysis.

Sophos has a presence in more than 12 countries of America, covering North America, Central America, and South America. Currently, we have offices in Colombia, Mexico, Panama, United States and Chile. We have more than 14 years of experience in IT solutions, always with partners specialized in different services and technologies. In order to gain greater access to national and international markets, the company establishes working relationships with specialized collaborators from all over the world, working remotely and other modes of operation such as NearShore (Latam remote work), OffShore (remote work in other continents), and Inside (customer work).

Considering the company’s growth, the Colombian parent company exercises direct control over each of its subsidiaries (Panama, Mexico, and Chile) and indirect control over its subsidiary (United States), the administrative structure is carried out in a centralized manner. However, for the proper and timely development of functions, powers are granted to natural or legal persons according to their needs.

SOPHOS SOLUTIONS S.A.S implements the Comprehensive Self-Control and Risk Management System of LA/FT/FPADM (hereinafter SAGRILAFT by its acronym in Spanish), with the aim of having policies, procedures, controls and all kinds of mechanisms aimed at protecting the company from being used by any means for money laundering, terrorist financing and the financing of the proliferation of weapons of mass destruction, considering that these actions represent a risk to the stability and integrity of the company.

The LA/FT/FPADM Comprehensive Risk Management and Self-Control System applies to all Sophos Solutions collaborators including the parent, subsidiaries and all related parties, interest groups, partners and business partners, understood as customers, strategic allies, business allies, contractors, consultants, subcontractors, domestic and international suppliers, advisors, representatives, intermediaries, investors, licensors, lessors and their analogy to the countries that operate the subsidiaries, in general to all those with whom any business or contractual relationship is established directly or indirectly.

It is applicable to all internal processes that demonstrate risk factors surrounding the applicability and regulation of money laundering, terrorist financing and the financing of the proliferation of weapons of mass destruction (LA/FT/FPADM by its acronym in Spanish).

The objective of this system is to prevent, detect and mitigate in a timely manner operations that may be used for money laundering, terrorist financing or the proliferation of weapons of mass destruction against Sophos Solutions and its subsidiaries.

For the purposes of this manual, all definitions are understood according to those established in Circular 100-000016 of December 24, 2020 of the Superintendencia de Sociedades of Colombia. In addition, the following definitions:

Unlawful activities: Conduct or activities that under an existing rule are unlawful, that is, against the law.

Close Associate: These are legal persons who have as administrators, shareholders, controllers, or managers Politically Exposed Persons, or who have constituted autonomous or fiduciary assets for the benefit of these, or with whom business relations are maintained.

Non-Cooperating Countries and High-Risk Jurisdictions: This list refers to the list of jurisdictions that do not meet international standards for combating money laundering and terrorist financing, and the degree of political commitment of their authorities to address the identified deficiencies, as defined by the Financial Action Task Force (FATF).

PEP (Politically Exposed Persons): They may be public servants of any system of nomenclature and classification of jobs of the national and territorial public administration, when in the positions they occupy, they have in the functions of the area to which they belong or in those of the record of employment that they occupy, under their direct responsibility or by delegation, the general direction, of the formulation of institutional policies and of the adoption of plans, programs and projects, the direct management of assets, money or values of the State. These can be through spending management, public procurement, management of investment projects, payments, settlements, administration of movable and real estate. It also includes foreign PEPs and PEPs from international organizations.4

Warning Signs: These are all the particular facts and circumstances surrounding the conduct of transactions specific to each third party with which the Company relates, from which it can be identified in a preventive manner if they are subject to careful and detailed study. We can classify operations into: Unusual and suspicious operations.

SAGRILAFT is divided into two phases:

These are systematic, interrelated steps that manage the risk of LA/FT/FPADM.

For the identification of the Inherent Risk, Sophos will consider any Risk Factor, internal or external, associated with the activity or incursion into new markets. The Company has and will consider the context of its business, the jurisdictions and regions in which it operates, and the counterparties with which it interacts.

For this, it will be done according to the Risk Assessment Guide in item 5.1 Risk identification. The due diligence process can also identify risks.

The risk identification process is led by the risk department of the company, with the participation of the compliance officer and the members of the evaluated processes.

At this stage, the probability of occurrence and the impact that would have its materialization of the LA/FT/FPADM risk are assessed.

For this purpose, it shall be done in accordance with the Risk Assessment Guide in item 5.2.1. Determination of inherent risk and sections a) probability and b) impact.

The risk measurement process is led by the risk department of the company, with the participation of the compliance officer and members of the processes evaluated.

The LA/FT/FPADM Risk controls will be applied according to the results of the previous stages, with the purpose of establishing its Residual Risk profile. The objective is to mitigate the risk by taking the necessary measures to decrease the probability of occurrence and/or impact to which Sophos is exposed. The Company plans the assessment and types of controls listed in the Risk Assessment Guide in item 3.2.2.

The control design process is led by the risk department of the company, with the participation of the compliance officer and the members of the evaluated processes. Controls are executed by each of the processes where risks are identified and specified in the risk matrix.

The elements that make up the SAGRILAFT/FPADM are the following:

4.3.4 ASSIGNMENT OF RESPONSIBILITIES TO MANAGERS AND OTHER GENERALITIES

4.3.4.2 DUTIES OF THE LEGAL REPRESENTATIVE

4.3.4.3 DUTIES OF THE COMPLIANCE OFFICER

In establishing the bodies and agencies responsible for carrying out an assessment of SAGRILAFT’s compliance and effectiveness, the Company shall consider conflicts of interest, incompatibilities and inabilities of those responsible in the performance of their duties. The statutory auditor or legal representative shall not be designated as Compliance Officer.

Failure to comply with or breach the guidelines contained in the Code of Ethics, the LA/FT/FPADM Prevention Policies, and the internal control measures, shall constitute a SERIOUS misconduct as established in the SOPHOS Internal Labor Regulations, without prejudice to the applicable legal penalties.

The sanction procedure to be followed is that set out in the section “SCALE OF MISDEMEANORS AND DISCIPLINARY SANCTIONS” of the Sophos Internal Labor Regulations for employees, articles 46 to 51.

Legal sanctions against money laundering, terrorist financing, financing for the proliferation of weapons of destruction (LA/FT/FPADM) are serious and may involve fines, administrative or criminal penalties, such as money laundering, imprisonment from ten (10) to thirty (30) years and a fine of one thousand (1,000) to fifty thousand (50,000) current legal monthly minimum wages contained in the Colombian Penal Code.

In addition, Sophos Solutions could face severe fines or other criminal penalties for money laundering, terrorist financing, financing for the proliferation of weapons of destruction (LA/FT/FPADM) by third parties linked to the company. However, Sophos will investigate any activity that violates the SAGRILAFT/FPADM Policy and, where appropriate, inform the competent authorities of any event related to (LA/FT/FPADM) and will initiate and accompany the appropriate legal actions, in addition to taking appropriate disciplinary measures and penalties that may involve termination of the employment, contractual, commercial or any other relationship

This Manual must always be up to date and available to SOPHOS employees, and any changes will be approved by the Company’s Board of Directors.

Other manuals, procedures or other process instruction documents shall be in accordance with this Manual, where relevant.

“Sophos Solutions S.A.S. reserves the right to modify this document according to changes that arise within the company.” 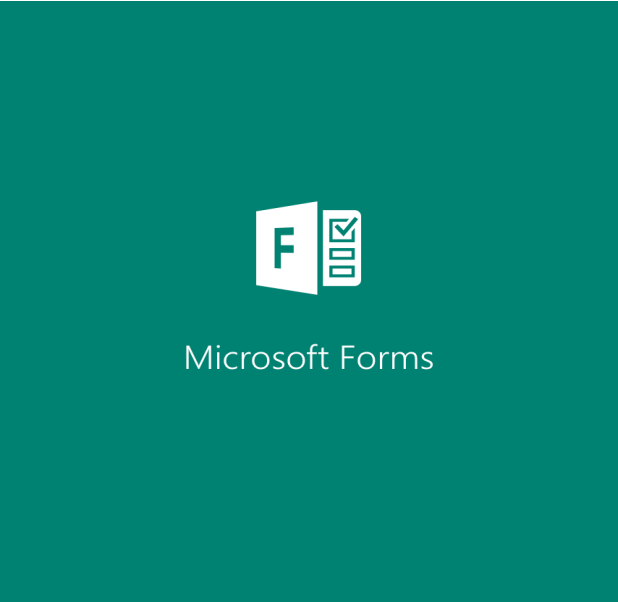